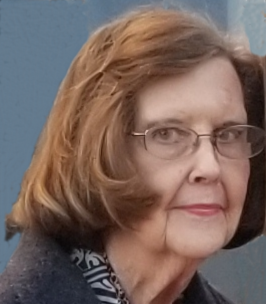 Funeral services for Sylvia Marie Preston, 86, will be held at 2 p.m. Wednesday, March 23 at Childress Church of Christ with Dr. W.D. Green officiating. Burial will follow in Childress cemetery under the direction of Johnson funeral home.
Sylvia was born January 12, 1936 in Buckholts, Milam County, Texas to Elton Carl and Henrietta Podany. She graduated from Pleasant Grove High School. She met her future husband, Richard Elliott “Dick” Preston at Trinity Universal Insurance in Dallas. They married June 15, 1959 and moved to Amarillo where Dick was a special agent and Sylvia a homemaker and mother. After returning several years later and raising their two children, Sylvia and Dick operated Preston Insurance alongside of Tom and Agnus Preston. After Dick’s death in 2005, Sylvia remained active in the business until the end of this January when she fell at work. At 86, she came to work everyday along with her two sons and daughter-in-law at Preston Insurance. She made many longtime friends in the community and serviced their insurance needs. She loved to read, paint and enjoy her grandchildren. Over the years Sylvia was In Modern Home Club, numerous art clubs and a member of Childress Church of Christ.
Sylvia was preceded in death by her parents and her husband.
Survivors include son John Preston and wife, Shelly, of Childress, son Cary Preston and Leann Preston; grandchildren Jena and Jered Preston and Ashton Preston all of Childress.