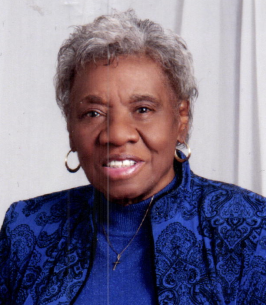 Funeral services for Ruby Lee Smith, 89, are scheduled for Saturday, October 9, 2021 at 1 p.m. at First Baptist Church with Norman Rushing officiating. Burial will follow in Childress Cemetery under the direction of Johnson Funeral Home. Visitation will be held Friday, October 8, 2021 from 6-8 p.m. at Johnson Funeral Home.
She passed away Sunday, October 3, 2021 in Amarillo.
Ruby is the oldest child of O.D. Sr. and Ruby Faye Nickerson. She was a longtime, well-known citizen of Childress, Texas. If she did not know a person, chances are they relocated to Childress very recently.
She was very active in the lives of her four daughters and other children in every way. In the 1960s, she served as president of the PTA at J.J. Rhoads school. She taught Sunday School and played for the junior choir at St. John Baptist Church. She also loved the Women’s Missionary Society and was president for several years.
In the early 1970s, Ruby united with the First Baptist Church and was a member until her passing. She taught Sunday School and was involved in Women’s Ministry and many other aspects of the church.
Her greatest joy was rearing her granddaughter, Kim, at the untimely death of her mother, Dian Pride.
Ruby worked and served well for the Childress Community Action Program. Later, she began another career as the first African American woman employed at West Texas Utilities Co.
She was on the board of the Childress County Child Welfare and the American Cancer Society.
Now she has a new home over in glory. It is a land of unclouded day. Every day will be Sunday there, and Sabbath shall have no end. The wicked will cease from troubling and the weary shall be at rest. All the Saints of the ages are going to sit at His feet and be blessed.
She was preceded in death by her parents O.D. Sr. and Ruby Faye Nickerson; her husband Willie Smith; daughters Dian March-Pride and Linda March-Harley and siblings Joyce Nickerson Frost and Roy Curtis Nickerson.
Those who remain until God says enough include daughters Twanda Taylor and Teresa March of Amarillo; siblings Christine Nickerson, O.D. Nickerson Jr. and wife, Nellie Mae, and Cecil Nickerson all of Amarillo, Sandra Nickerson of Dallas, Leonard Nickerson of Covina, California and Vernon Nickerson of Inglewood, California; granddaughters Kimberly Pride of Amarillo, Tanaka McDonald and husband, Earl, of Cypress, Alexia Taylor of Katy, and Ondrea Gilbreath and husband, Sigmund, of Manvel and Ahsley Cornish of Corpus Christi and great grandchildren Sigmund Gilbreath, Sonieya Gilbreath and Amira McDonald.